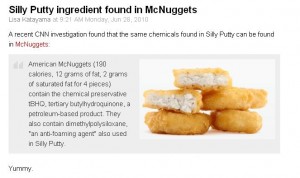 Chef Tom Colicchio and winemaker Joe Bastianich played a set for Mario Batali’s party. Trying to think, if the famous-writers band is called The Rockbottom Remainders, what do you call the famous foodie band? The Burnt-out Leftovers?

I’m still investigating the source!  If you know him/her/it, holler.

“Near the end of the month is difficult for us. If it was not for help from friends and community, I don’t know where we would get our last meal,” Anna Ward said after the meal. “To be able to go there and eat an actual meal and feel full is such a blessing.”

The European Union has my soon legislation to stop grocers from selling packages based on units in favor of weight-based measures. “It would mean an end to packaging descriptions such as eggs by the dozen, four-packs of apples, six bread rolls or boxes of 12 fish fingers,” frets the Telegraph. Trade paper The Grocer says the language was likely a legislative oversight (previously there were loopholes for each country) but, “When food industry lobbyists tried to rectify the omission with an amendment, after it was discovered in the 174 pages of amendments to the initial 75-page proposal, there was not enough time to convince members of its importance before the crucial vote.”

It’s somewhat reassuring to see how non-competent other governments can be.

We’ve bid farewell to Tumblr and moved up to WordPress. There are still some kinks to work out, so please bear with us. (And if you have any skills, let us know!) Some housekeeping notes:

Stay tuned for reports from the Fancy Food Show, which we are attending tomorrow. THERE ARE 82 CRACKER VENDORS. I will not sleep tonight. 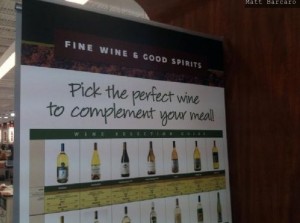 Those wacky Pennsylvanians are up to it again! Now they have wine vending machines–complete with breathalyzers and id checks–in grocery stores, open 9 am to 9 pm, Mon-Sat. It’s great for areas lacking in wine and liquor stores. I wish it could go a step further and have it be bulk wine so ppl could reuse bottles but I’m a crazy  dreamer–Snacktime 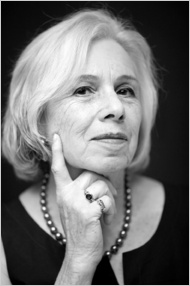 Do you ever read the “Dear FloFab” in Diner’s Journal?  Some of the questions remind me that there always is a crappier person out there, waiting to poo-poo on your platter.  For example:

Q:  I have relatives who perpetually comment on their perceived costs of the entrees served by me. If it is turkey, they advise fellow guests that it must have been purchased frozen at Thanksgiving time when frozen birds are inexpensive. Ham? They advise that it was on sale at the market two weeks ago. Steak? They comment that I must have purchased marked down meat. What to do?

My suggested answer would be to either not invite said rude relatives, or to possibly throw the meat in their laps followed by a glass of wine and then smearing it around a bit with the tablecloth.

Q:  When my friend and I go out to eat, she invariably tries to pick the restaurant, even when she asks me where I would like to go. I would suggest a place and she would make a counter suggestion. Once I invited her out to dinner and suggested we try one restaurant, and she made reservations at an entirely different one. How do I assertively suggest a restaurant without sounding like a control freak?

A:  Your friend is the control freak. I would have a frank discussion about it and suggest that you take turns choosing the restaurant. Or, if you want to let her keep a little control, she picks two and you pick one. Just figure out a different system.

My suggested answer is to stop going out to dinner with that nutjob and go with someone who actually values your opinion and/or lets you choose half the time.   I’m positive this sort of behavior carries over into other realms of this “friendship” – and at the heart of it is your friend disrespects you.  DEALBREAKER!

I’m a carnivore and I love eating meat, but I don’t know about meat for meat’s sake; I love a bacon T-shirt as much as the next guy, but let’s get real.

Anthony Bourdain in June 11’s New York Diet on Grubstreet (which by the way is entirely too fascinating – most people really *do* eat a lot worse than me!  Yay!)