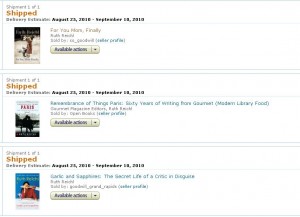 After reading Ruth Reichl’s Tender at the Bone, I went on a crazed Reichl buying Amazon spree.  It’s no secret that I was a fan of Gourmet, but this kind of purchasing is kind of ridiculous, even for me.  I’m chocking this up to research, I promise.  Totally just researching the industry, man.  That’s it.

This guy, who says he normally prefers tweets from ESPN and Jezebel – and is a self-described gastronome (peep his bio), really needs to get clued into Ruth Bourdain.  He’d probably have more fun with her 140 characters rather than be “bored to tears” by Ms. Reichl.

Verily, it is he. Sir Francis Bacon.

Even more depressing is the fact that these flaccid slices are found sprawling, like rotting seaweed, atop the very sandwiches that promise veritable meatgasms upon consumption — the giant, multilevel calorie bombs that you see think pieces written about.

What’s the opposite of a think piece? Do you think the Sonoma Cork Dork:

a. Has no idea that “dork” is common slang for penis.

b. Knows, but did it anyway.

While I was perusing various chorizo taco recipes (which is stupid in of itself considering I don’t need one as I am not cooking them anytime soon), I came across the above quote in ingredients.

As an avid consumer of both corn and flour tortillas, I find statements like this to be rather perplexing, as allegiance to one form of tortilla over another is  ridiculous.  It actually really irritates me –  I know it boils down to some weird authenticity holier-than-thou superiority complex.  And you know what?  I spit on that, and I eat both tortillas.  I’m no tortilla bigot. 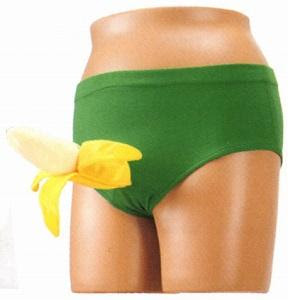 A man in Port Angeles, Washington was arrested for reckless endangerment, discharging a weapon and indecent exposure after he allegedly exposed himself to an employee at a local Wendy’s restaurant and brandished a shot gun at the Four Seasons Ranch — all while wearing a child’s-sized banana costume.

He gets bad reviews AND bad publicity!

This has been a public service announcement.

Have I mentioned my love of the movie A.I, Artificial Intelligence? It is amazing, and so so so so so sad. If you don’t know the story, a couple whose son is in an irreversible coma adopt a robot boy who has been programmed to love. He bonds with the parents and they begin to be a family, until their biological son unexpectedly recovers.

The bio-sun comes home and he is a total little sneak and plays tricks on his robot brother, ultimately triggering a self defense mechanism that nearly kills them both. The mother, trying to prevent the destruction of her robot son, drives out into the woods and lets him go, saying, “I’m sorry I never told you what the world is like.” OMG IT IS SO SAD.

The robot, Henry, just wants to love. It is like the weird inversion of that video with the rhesus monkeys and they are clinging to the fake monkey mom and crying. EVEN SADDER.

But the Yaskawa-kun ice cream robot isn’t sad! It gives you ice cream! According to Eater:

Designed for kids, after making their selection on a touchscreen, the robot selects a cone, fills it with soft-serve, drizzles sauce over it, adds toppings, and passes it to them through a window, all while maintaining a perky smile.

Now I want to cry. And have some ice cream.

“I’m a bohemian-capitalist potter, and I strongly encourage people to support the economy and go out to eat.”

Ahhh, America.  Where you can be a bohemian-capitalist potter and actually make a living. 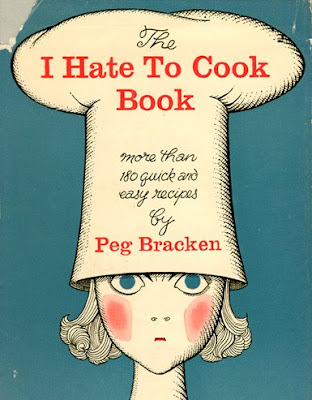 The I Hate To Cook Book has been re-released! Peg Bracken was an innovator back in 1960 when she published a book as revolutionary as The Feminine Mystique, which came three years later.

“We don’t get our creative kicks from adding an egg, we get them from painting pictures or bathrooms, or potting geraniums or babies, or writing stories or amendments, or, possibly, engaging in some interesting type of psycho-neurochemical research like seeing if, perhaps, we can replace colloids with sulphates. And we simply love ready-mixes.”

The Times piece notes that:

She shopped the manuscript around to six male publishers, saw them each reject it and then found a female editor at Harcourt, Brace who loved it.

And then this very telling revelations, from a publishing executive (emphasis mine):

“In certain parts of the country, the sustainable food movement books are very popular,” said Patricia Bostelman, the vice president for marketing at Barnes & Noble. “In reality,” she added, “we are selling a number of cookbooks that indicate that people are not eating that way universally.”

Of course this doesn’t mean we hate cooking. Nor did Peg Bracken. But the idea that it’s a surefire path to self-fulfillment, especially for women, is a notion we will always challenge.