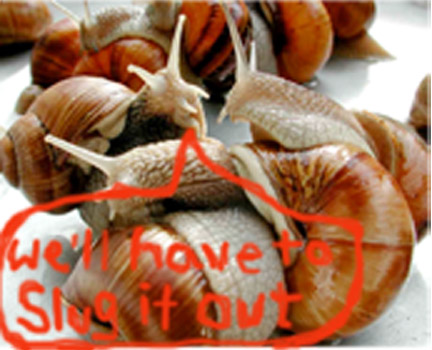 Last night, one of us had snails. The other one had vegan soup and French fries.

YOU WILL NEVER UNDERSTAND US.

By the way, some perverted scientists gave snails speed.

That experiment doesn’t sound AT ALL like someone on meth dreamed it up.  Poking them in the pneumostomes!