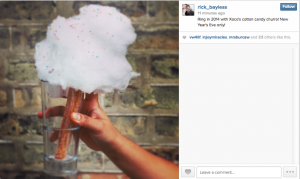 While it is true that I am a whitey-white ass who had her first churro on the Redondo Beach pier sometime in the 1970s,  nonetheless I’m pretty sure that a cotton candy churro is super wrong.*

*Let it be known I tried to embed the image but Instagram code won’t work on our ancient WordPress that we can’t update because we can’t back it up because my computer died and I am using a work computer that won’t let me do anything.

According to the New Hampshire Register, bacon is on the wane! Most of the story is confusing stats that I ignored because I believe in most economic theory about as much as Ani Di Franco believes in sincere apologies. There is a lot of stuff about median reports, lean-hog futures, and such. Yawn.

This is my favorite part, though—topic transition of the year, methinks!

Barley & Grain in New York offers a Bacon Manhattan, while Double Down Saloon in Las Vegas serves a Bacon Martini.

A spreading virus called porcine epidemic diarrhea may curb gains in pork production. Reported in 19 states since April, the virus slows growth of older hogs and has a mortality rate as high as 100 percent in suckling pigs younger than three weeks, data from the Iowa Pork Industry Center data shows.

DOUBLE DOWN INDEED. I wish you all a new year free from porcine epidemics and full of baconless martinis.

. OH WAIT ONE MORE THING AND I WILL GO TO LOWER CASE FOR THIS BUT KNOW IN YOUR HEART I AM STILL SHOUTING:

Not only is Applegate ruining something I consider holy, Christmas decorations, but their website has a section called FAQS. THIS MAKES ME CRAZY LIKE A CRAZY CRAZED PERSON. What does “FAQ” stand for? “Frequently Asked Questions.” IT IS ALREADY PLURAL. You literally cannot have FAQS. I WILL ROONEY THIS TO MY GRAVE.

The Los Angeles Times asks this gripping question today, in a story about, yes, giant tomatoes, now available from Burpee.

Burpee is also offering a Baby Boomer tomato variety that will bore you to death and only grows if you play it Studio 360.

Some chef in San Francisco has a robot that etches menus and messages onto like, squash. What an excellent use of technology! Maybe someday he can borrow the automagictron that Baskin Robbins uses to put your picture on an ice cream cake.

As faithful readers (which I think might only be Blake Nelson) know, salt might be ground zero in the food wars. Used by real people to season and preserve their food for centuries, readily available and cheap, salt has nonetheless been made artisanal and precious and particular by foodies who can’t leave well enough alone. Salt happens to be one of the few things Meatball and I really know about food—remember the time we figured out that Scrabble Cheez Its have less salt than regular Cheez Its all on our own?

And salt isn’t just for food! You can use it to spite the devil, disinfect your wounds, clean your house, test to see if eggs are bad, and about a million other things, including protection againt demons:

When the devil is knocking at your door, do you really want to be messing around with your $125 Artisanal Bamboo Salt Chest? 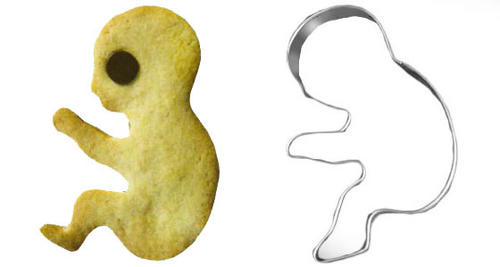 When I saw this Fetus Cookie Cutter I assumed that it—like all right-thinking, logical, feeling, empathetic entities—was intended to be pro-choice. But now I’m not so sure. Perhaps scary Operation Rescuers and other antis will serve them to the women they kidnap who are on their way to have a constitutionally-protected medical procedure. Perhaps they were alien cookie cutters that didn’t sell. Perhaps they are a representation of my inner self.

PS: Here’s something really deep I just realized: Fetuses can’t navel-gaze because they don’t have navels. Put that on your menstrual calendar.

I wonder if they’ll make a kale-scented one next year?

It’s possible I’m not good at writing snappy headlines anymore but you guys, remember when food stuff was way more INDIE and AUTHENTIC? A former Grub Street editor does!

As late as the mid -’90s, small, weird restaurants were the exclusive purview of a few zines and newsletters, like Jim Leff’s “Chowhound” and Robert Sietsema’s “Down the Hatch.” But in the long run, these small and agile mammals outran the immense, omnipotent beasts who ruled the forest.

I’m not really sure what Jurassic Park has to do with it, but no one cool ate anything in the 90s, dude. I guess he has bigger things to worry about:

I’ve been in a bad marriage, survived a doctoral program, suffered obsessive episodes requiring medication, lived with a girlfriend who worked as an escort, struggled to keep a business afloat, been in tax trouble and written nine books—and I have never felt the kind of pressure I did when I was helming Grub Street.

MY GOD. I won’t quote any more but you should read it, if only for the laugh you will produce when he mentions a “journalistic sarlacc.” 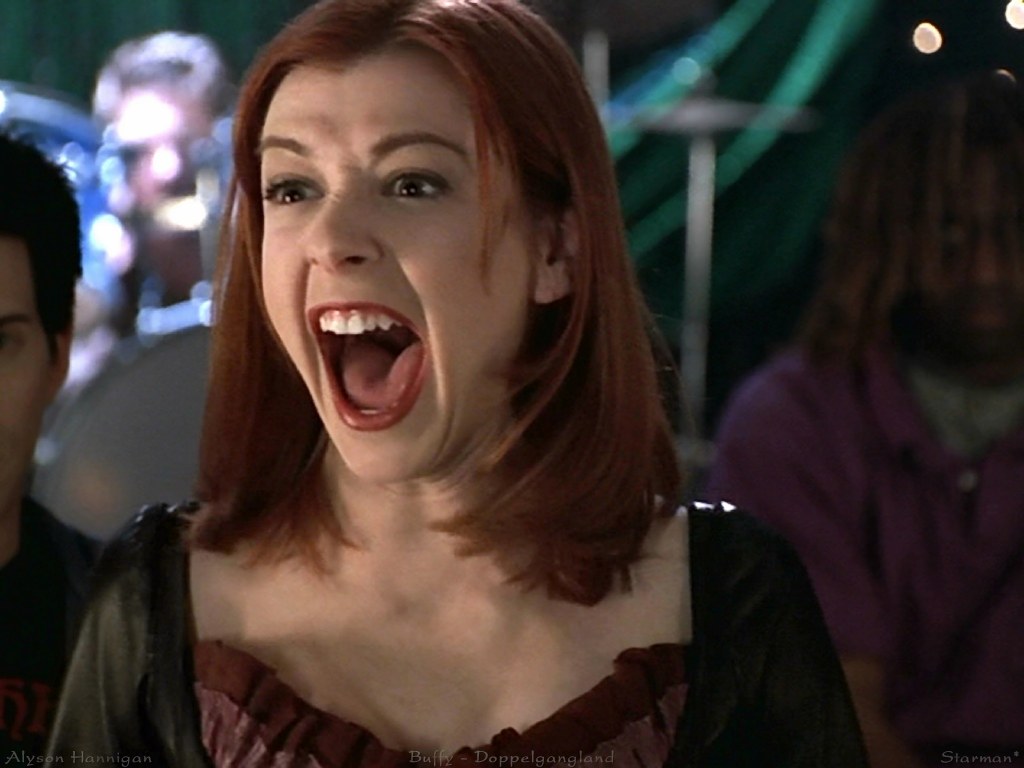 One of these things is not like the other, Sam Sifton.