Surveillance, food police, outrageous bodies.  Leslie Kinzel is a genius. Read it. The only thing wrong with this story is that there should be a photoshop of the above scenario for LOLs. Which is what we are here for! 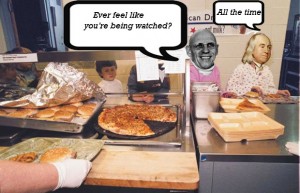 If this isn’t hilarious enough for you, perhaps you’d like to send your squirt off to school with a Foucault thermos as a Statement.

(Yes, we have considered “Shut Up, Cafe Press.” OF COURSE WE HAVE. But this is a hobby, you know?) 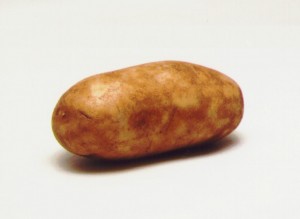 “I don’t feel like potatoes or french fries are the enemy,” he [Doug Davis, food service director for Burlington, Vt., schools] said. “What we need to do is strike a balance in what our kids are eating.”

This has been making the internerd rounds, and I gotta say – I remember each and every one of these sandwiches with extreme fondness.

Despite our “in” last year, The Beard Foundation has awarded Ruth Bourdain a grand dame humor writing award.  Always a bridesmaid, never a bride.

Holy crap you guys I was googling “sad eater” to find a funny photo for your amusement to go with the post about Eater (.com) being sad, and SAD EATER IS A THING.

I have only been raw for a little over 1 year and a half- I have been married for 17 yrs. It’s been weird for my husband-he sometimes does not understand why I am doing this.

I am not even preachy-I don’t tell people why they should eat this way (unless THEY want to know). He even told me that he is tired of hearing about how bad soda is..etc.. He’s even ‘wondering’ if we would be together if I would have been raw back then. WOW I am shocked that he would say that to me!! I have not forced this on him, or my family.. I am just being me!! All of this really caught me off guard–I love him dearly but dang it! He needs to understand that this is what I am about. I guess he thought I would try it and stop-nope-that’s not going to happen!

Dang it! She does not sound preachy at all.

There’s stuff like this all over.  It mostly seems to be something raw foodists use to describe those who haven’t seen the uncooked light.  There are lots of blog posts and forum threads devoted to the wacky dumbass things that the unenlightened SAD EATERS. (I know it’s not supposed to be all caps but it just feels right, doesn’t it?)

It’s sort of like the SAD EATERS are like the Germans on “Hogan’s Heroes”–bumbling, genial NAZIs who are endearing but nevertheless have sworn their allegiance to Hitler. I think my favorite is “SAD Eaters Say the Darndist Things” (sic), a thread on a raw food website created by someone named “svelte.” (I know) The topic is 12 pages long. (I KNOW)

However, this is pretty mindblowing. It was posted on GiveItToMeRaw.com by someone named “MissChanandlerBong” (I know) with the following description:

I just wanted to show you guys a little scenario of what happens when I try to explain raw food and it’s benefits to my friends and others who thinks raw foodism is ridiculus. In this video the man represents me and the goat represents my friends and co.

Again–totally not preachy and self-righteous! So weird that they have not converted everyone to the exaltation of raw food because if obviously does not turn people into total jerks. But this isn’t a stance particular to raw foodists, as SUF readers know–it’s a not-that-extreme example of foodie elitism and the ridiculousness of calling on individual fortitude while ignoring a systemic problem, an attitude which is all too common, SADly.

Note: I got so sucked into the SAD EATER world that I didn’t even get to the whole “Crying While Eating” movement. I urge you to explore it for yourself. 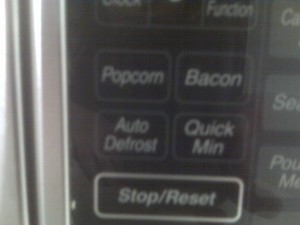 We will never escape.

At this point you can’t even laugh at Eater. It’s just sad. I could go into the daylong series of events that led to me yelling this across the table at Meatball last night, but I think the punch line is really all you need.