McDonalds belatedly getting on the bacon bandwagon with these hilarious ironic images is about as painful as reading a NYT story on hip hop.

The brilliant minds at Slash Food loved this gimmicky egg with an omelet recipe on it but failed to mention the obvious flaw—once you break the egg and start cooking, the recipe is gone.

That said, more things should come with tips on how to kill them.

And that goes double for ironic bacon.

This really long story in the Miami Herald about Benihana turning the company around at the corporate level has all kinds of talk about convertible stocks, renewal programs, outsize risk, and proxy battles. However, I paid little attention, because how awesome would it be if their board meetings were like the restaurant and the rich people had to do presentations while chopping things and scooting food to the right person. REALLY AWESOME, THAT’S HOW AWESOME.

IKEA! I just met a store called Ikea! Oh, like you don’t sing that under your breath whenever you go there, just admit it. Anyway, the Daily Mail tells us that Ikea has a cookbook! A flatpack cookbook! Like most things at Ikea, it is fairly confusing, but does provide photos of the main ingredients and of the finished product–beyond that you are on your own. (A few days ago I was confounded by some Ikea instructions that showed a nail and the number 56 as the 8th step in assembling a cabinet–eventually I realized I needed to hammer in 56 nails all around the back of the piece.)

I would like this  concept to continue into other realms, perhaps campaign literature or blogs.

Tipping in its current form is an assault on fairness for employers and employees as well as consumers’ rights. It reinforces an economically and socially dangerous status quo, while buttressing a functional aristocracy. Oh, yeah: it’s also often a racist, superficial practice and yet, like capital punishment, gun ownership, and of course, the abolition of slavery, America is one of the last industrialized nations in the world still desperately holding on to it.

How did we get to the point where anything less than the standard for gratuity – 15% — is widely considered déclassé, and anything less than 10% — no matter how abominable the service – might get you chased down the street by a waiter long after you’ve walked away from your table? Why are consumers categorically obligated – though not technically forced — to compensate for the failure of employers and our government at-large to ensure fair compensation? Does it really take more skill to serve a $100 dish than a $20 dish, and should it really fall on the customer to pay no matter how poorly that dish gets served?

I never really thought about it this way! At first I thought this was  yet another whiny rant by some privileged white guy who wants to believe he accrues food and love just because he is a good person, But no! It’s not that the anti-tipper doesn’t want to tip! It’s that tipping is demeaning to the tippee. You know how awkward it is to get paid. Turns out, it’s a lot like slavery, this getting paid for your work! It upholds the aristocracy! Also, why do homeless people take up space in the subway and smell so bad, why must I pay taxes, how come that guy gets all the hot chicks, why do hot chicks have such totally fantastic lives, have you noticed that now that there are quotas for everything, a white guy can’t get ahead at all in this world, if minorities just worked harder they’d be equal, too, why don’t women appreciate it when I tell them to smile, I resent people who like bands I haven’t heard of, but I’m confident I am cooler than anyone from my high school, obviously the people who work in restaurants should just ask for raises, if I say it’s racist, then I won’t seem racist, I think my brave blog post here is more important than writing one about a better minimum wage structure or any other meaningful type of  change, like even the one before the New York City Council right now about paid leave for people like the ones I don’t want to give a tip to, because appealing to the privileged and making them feel like they are the ones suffering is a sure way to ensure change, and for real seriously, I would tip but it’s a matter of principle. Why can’t they work for love? From these chickens, we Americans make magic eggs!

Mrs. President of France declined to go on Michelle Obama’s First Lady Hayride, which involved taking the  spouses of various global leaders to a farm where they could see farm stuff. Because obviously other nations do not know about this thing Americans do, farming.

Later, Ms. Obama took the First Partners to see a sidewalk and an elevator.

Thank god Batter Blaster, the weaponized pancake batter that comes in a spray can, will soon have a bacon flavor. Because when drunk people come home and squirt liquid pancake into their mouths, they should have a range of flavors to choose from. 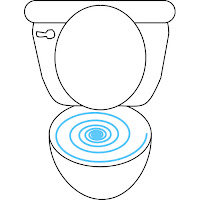 Because if they had, they would know what “Share Your Swirly Story” means.

From an item about Oprah having a pie segment on her show:

Tune into next week’s episode when Oprah reveals her secret love for ice cream.

Oh go to hell. And you too, Eater, because you completely trolled for that reaction.