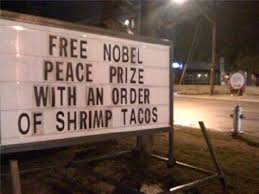 Publisher’s Weekly has an interesting piece up about the rise of non-mainstream cuisine on the American foodscape (kill me for using that word), contrasting the rise in Vietnamese, Cajun, Mexican, etc. recipes and cookbooks with our current desire to drive out many of the people who brought these cuisines here. PW sees this as evidence that the food world is more welcoming than say, Arizona:

[T]here are no borders in the American kitchen. Surveying the cookbook market and the culinary scene in 2010, it’s clear that American cuisine is more diverse than it’s ever been, a true—and delicious—reflection of our country and what makes it great.

Oh, bullshit. Seriously? Cherrypicking things like recipes and fashion statements from other cultures is a fine colonial tradition, one that is not any less exploitative if the colonies are within one’s own borders. It’s nice that A Taste of Lebanon is selling well, but how many people can find Lebanon on a map? Are we supposed to think people are eating fried kafta and talking about how Suleiman jailed three people for denigrating him on Facebook? (And before you think that is some craaaazy Middle Eastern move, a school in Florida tried to do it to a teen who said her teacher sucked!) Also think about it this way–people are immigrating here and bringing us these delicious foods because we, a superpower, are not helping them to end the conflict and problems in their own countries. We are in fact, in most cases making it worse.  But hey, thanks for the tacos. Now go home.

What really infuriated me about this piece was the closing quote, from one Anthony Bourdain:

The kitchen is still a place where you are judged on how well you do and nothing else. It’s kind of wonderful. It’s the last meritocracy.

Apparently Anthony Bourdain has not noticed that “the kitchen” is still mostly full of straight white dudes. And they can eat all the international cuisine they want, but that still won’t make it a meritocracy.

This is what I’m talking about.